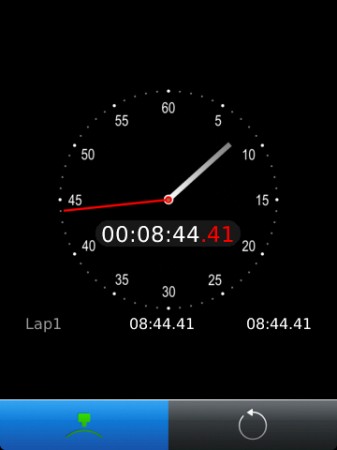 Hong Kong is a nice place with lots of offices and most of those are cramped up on Hong Kong Island, often around the Central area. Therefore, a lot of people are rushing onto HK Island day after day, from the outlying islands, the dark side or some even from Macau or China Mainland.

As we recently moved office, I finally got my direct harbour view and (coincidentally) got the office closer to my apartment. 🙂 For some reason, I woke up 5:45 this morning and could not go back to sleep again. I guess my usual sleeping pattern of around 7 hours worked last night too as I went to bed quite early. It was quite a weird feeling to walk through the streets of HK with barely any people out there. I passed may be 100 people on my walk and that is a crazy low number for a walk of a little less than 1 km. I even stopped by an ATM to get some cash and then continued walking.

At fluffy 24ºC and 57% humidity it took me pretty much exactly 8 minutes and 45 seconds door to door from home to the office (including the ATM stop).

How long do you need to get to work? 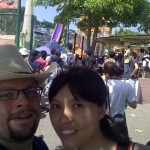 It felt like every single person out of Hong Kong’s population of around 7,000,000 came to that little island. Yet, nobody was able to tell me how old Buddha would have been if he still lived. On top of this it was so hot on Cheung Chau Island (30+ºC, 95% humidity) that I had to jump into the first half-decent looking store and buy an original Chinese cowboy hat! Looks cool, huh?

The picture on the right was taken quite a while after the parade which we attended from a spectator’s position. I took a couple of short clips of some of the attractions of the parade and so I also took some minutes just now and experimented with Apple’s iMovie app. Check out the short(!) 7 minute cut of the parade:

After the parade we walked around a bit and found the “bun mountain” 包山 which is being climbed up by people during the Cheung Chau Bun Festival 包山節 or Cheung Chau Da Jiu Festival 長洲太平清醮 which “is a traditional Chinese festival on the island of Cheung Chau in Hong Kong. Being held annually, and with therefore the most public exposure, it is by far the most famous of such Da Jiu festivals, with Jiu (醮) being a Taoist sacrificial ceremony. Such events are held by mostly rural communities in Hong Kong, either annually or at a set interval of years ranging all the way up to once every 60 years (i.e. the same year in the Chinese astrological calendar).” Source: Wikipedia 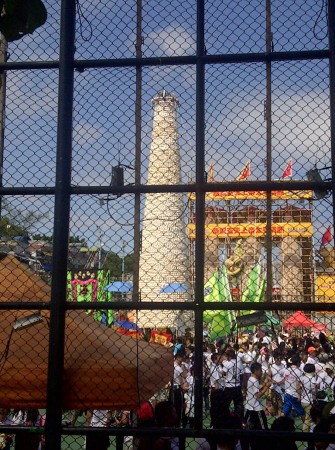 Because Cheung Chau is such a small Island, there are no cars allowed. In fact, there aren’t even buses and I haven’t seen motorbikes neither. The authorities, firefighters and police though, need their cars and therefore, they drive around in mini-versions which looks pretty funny I have to say. Unfortunately, I couldn’t get the firefighter quad bike – that one looked really cool! 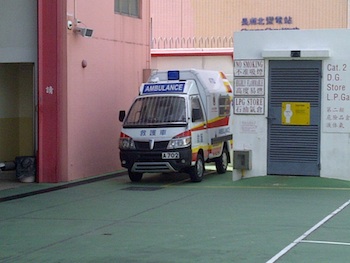 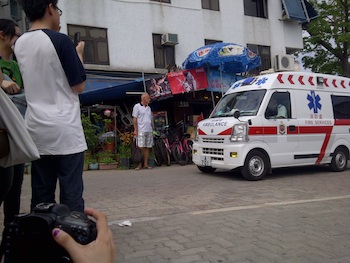 Later that day we wanted to go back home to Hong Kong Island and the only way to do so is to catch a ferry. Even though New World First Ferry had additional ferries operating, there were far way too many people on Cheung Chau and queue for the ferry was incredibly long! So we decided to stop at the next local Döner Kebab place and try their “Turkish Pizza” (which was good) and their “Kebab Roll” (which was crap). After one and a half hour of waiting we thought there might be less people now and tried to find the end of the line. Turned out we had to walk 1 km to find that one!!! Check out the map: 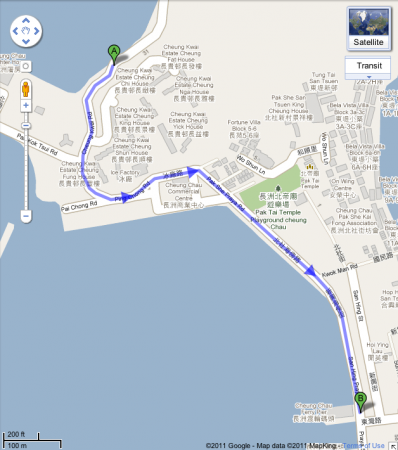 Summary: It is good to see it – once. No need to go there next year 🙂

It doesn’t happen very often, but from time to time there is a tram jam in Hong Kong. For those of you who don’t know the Hong Kong Tram (called “Ding Ding” by locals because it ‘ding dings’ all the time to scare away all those jaywalkers); it is probably the oldest public transport system in Hong Kong which commenced operation back in 1904. With a fare of just $2 (US$0.26, €0.18) the tram provides the cheapest way to get from Hong Kong Islands most western station Kennedy Town to the most eastern station Shau Kei Wan in just under two hours (taxi 15 minutes).

Anyway, a couple of days ago I went home by tram and luckily I was traveling towards the right direction (west). Eastern bound trams got stuck for ages in Central due to some incident which I didn’t really see – I just noticed an ambulance standing in the middle of the road and blocking everything. Anyways, here are some photos from that day: 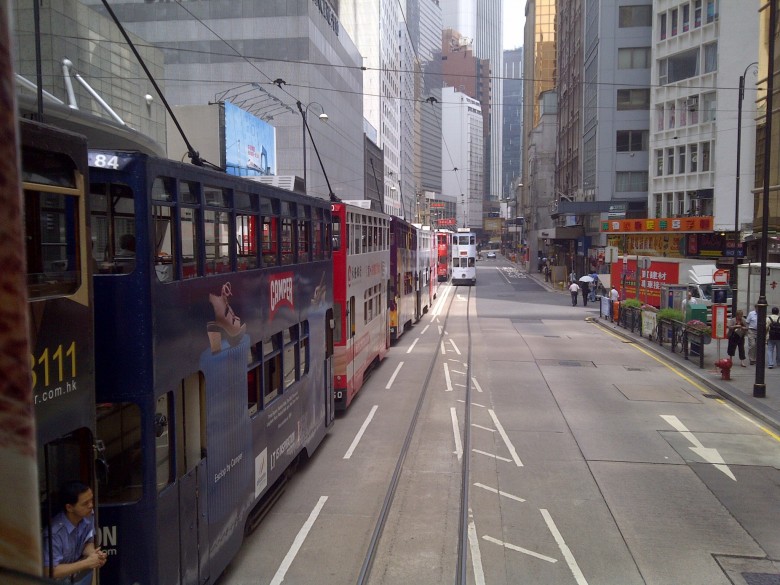 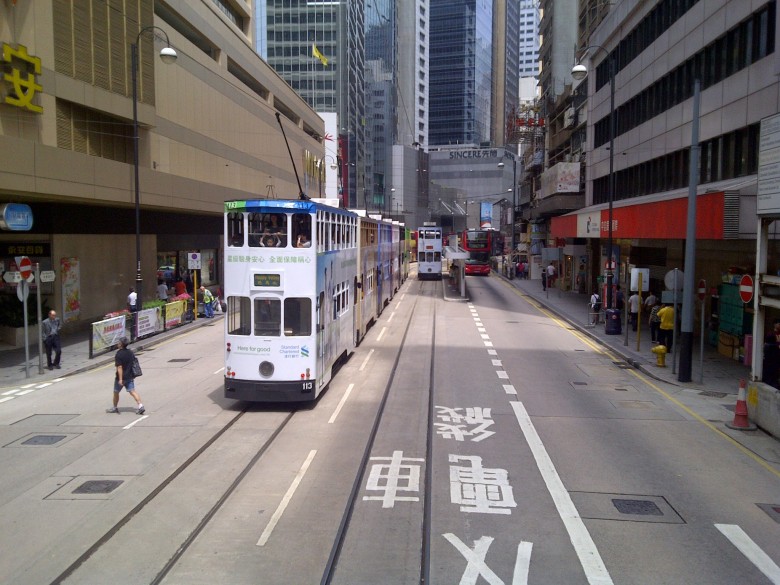 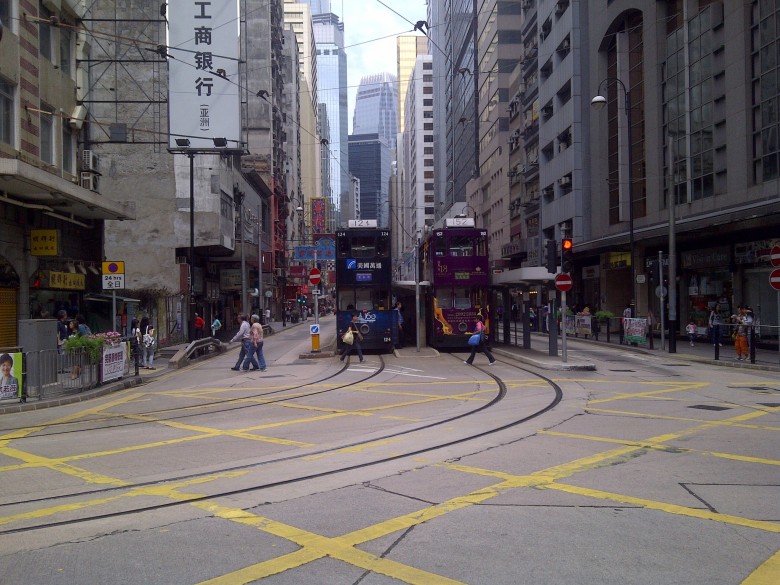 I felt a bit like back in Kindergarten where I was encouraged to draw lots of funny pictures with pencils and crayons. (Yes, socialist Eastern Germany had colored pencils too!) Today I could really leverage from those years of experience and bring in all my creativity to colorize some squares on a sheet of paper. One of the most important questions these days had to be answered: What color pattern will the new office floor have? Nearly everyone participated and a couple of minutes later we had some funky sketches flying around: 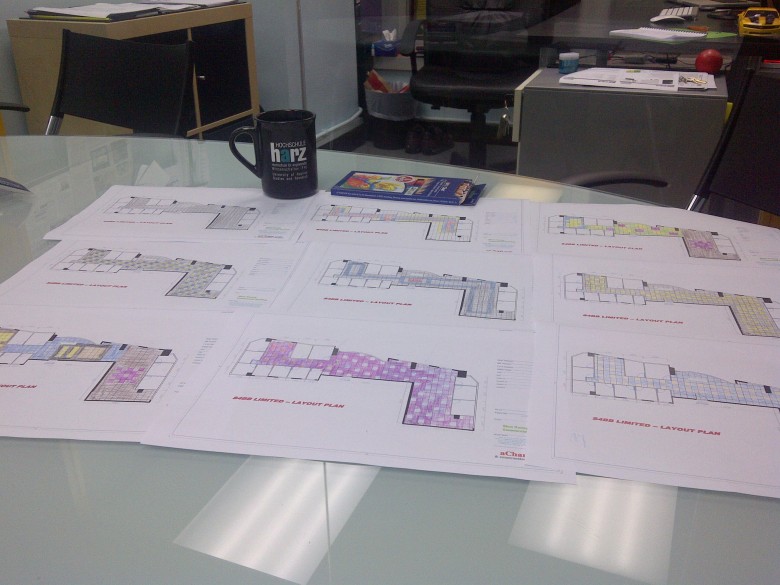 Yes, at a workplace where nearly everything is done digitally there is still space for some ‘offline’ work.