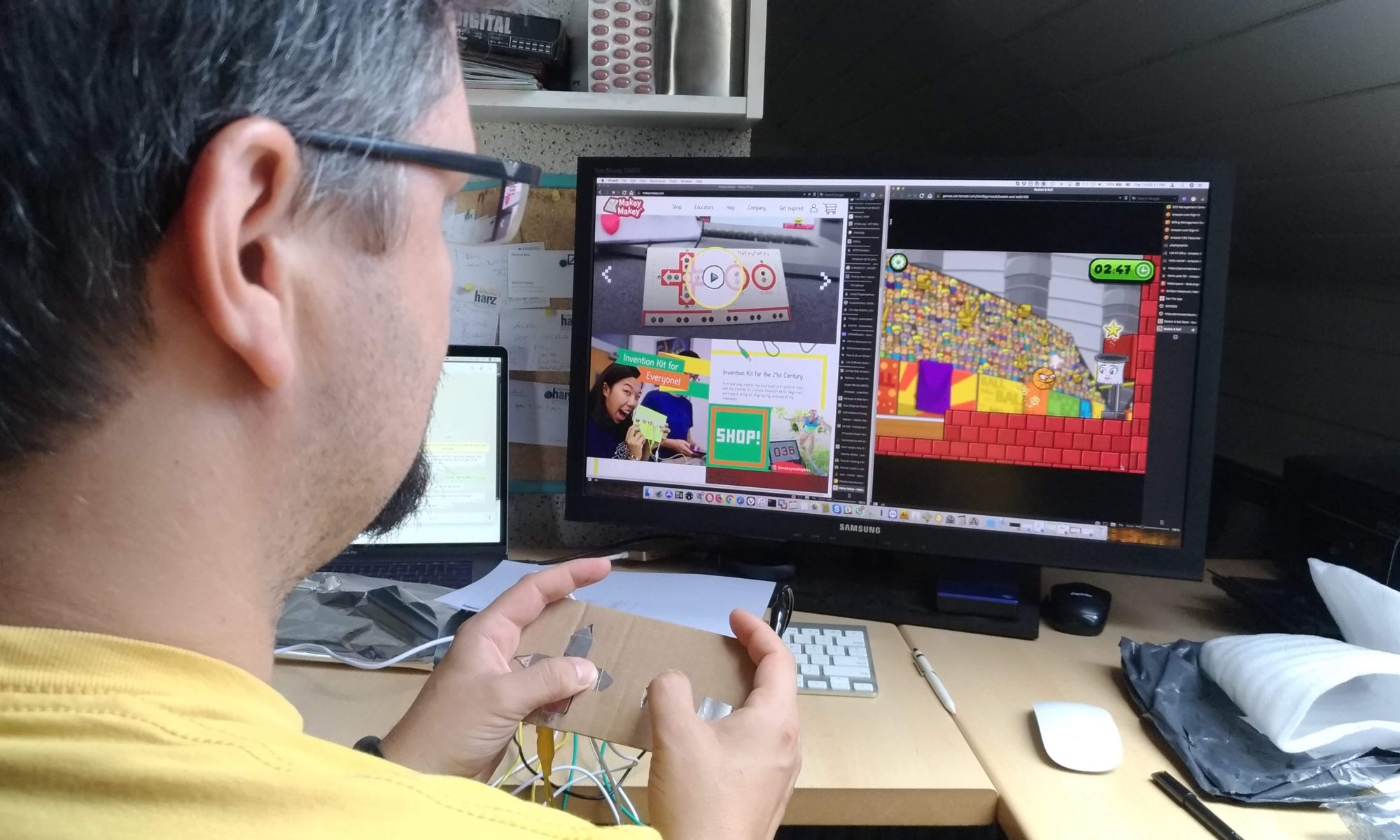 Inspired by our city’s library who wants to launch a Maker Space here, I’ve ordered a Makey Makey set. Of course, the cheap version on Aliexpress rather than the original $50 one.

Makey Makey is a cool small set of cables and a circuit board. It’s basically a USB keyboard & mouse that you can control with your finger tips by closing the electrical circuit.

It is great for building small electrical controllers with it. Hand-crafted little things simply to play around and understand how things work. Silly things like a piano controlled by touching bananas for example. Check out this video on Youtube that shows what can be done: Makey Makey Examples.

So I went ahead and created myself a small little game controller. All I used was the Makey Makey set, a piece of cardboard, a bit of aluminium foil and scotch tape. It took about half an hour to craft it. Check it out:

Here are some photos of the setup from the front, back and the Makey Makey board set itself:

Stay tuned to see what other silly things we can build with that. 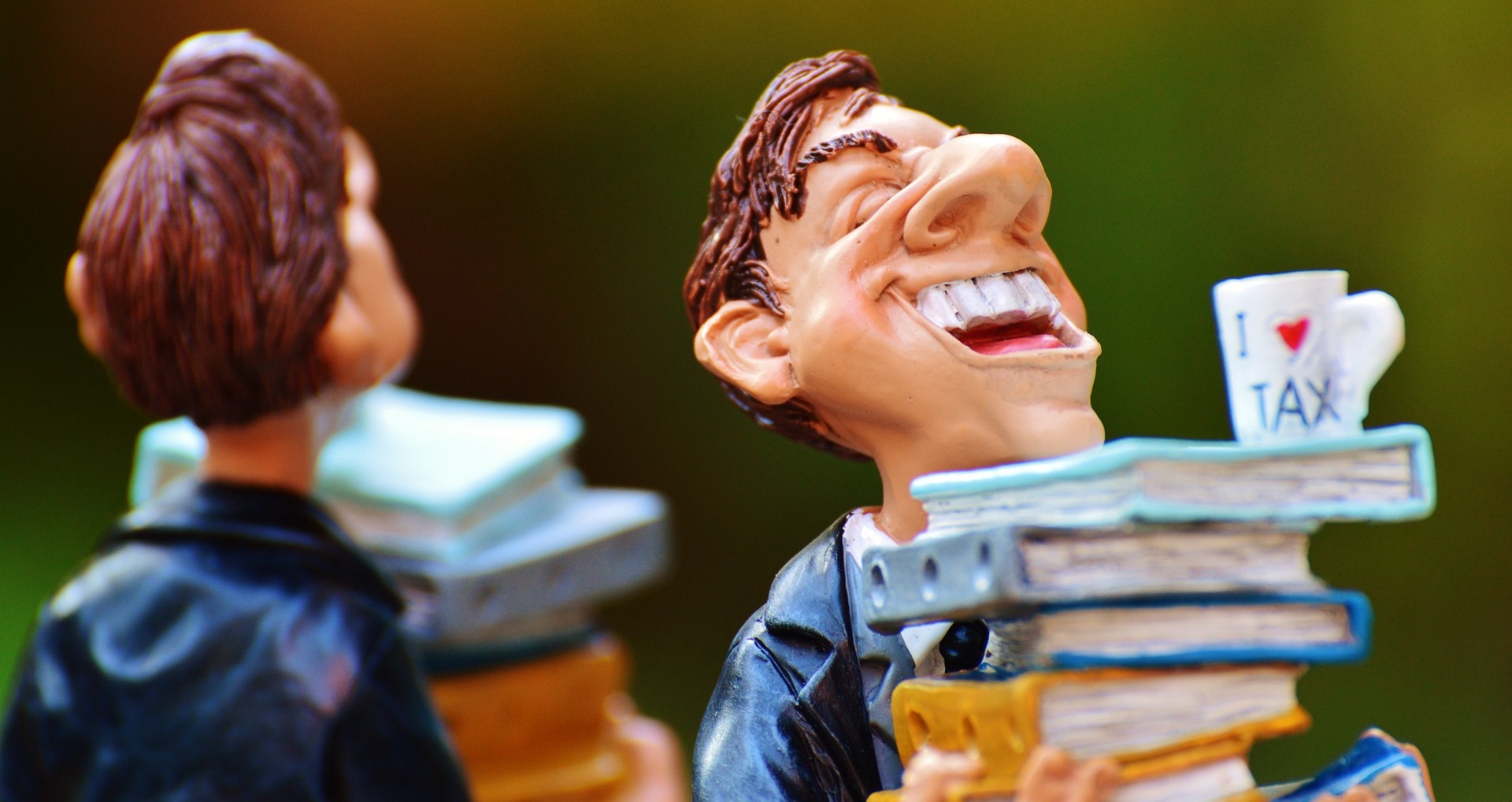 [ENGLISH] P.S.: This post was purposely published in German. Future posts will most like be published in English again.

While back I wrote about this anti-spam plugin I’m using on kozen.de. In recent weeks the number of spam comments that plugin is flagging every day has increased dramatically. Have a look:

I find this quite interesting and am wondering why that number goes up? Is it because my blog gets more and more indexed by search engines and therefore more spambots are finding it? For sure, the number of visits per day on kozen.de has not increased significantly.

Perhaps there are a bunch of people who don’t like what I write and they’ve submitted this site to spam databases. Yes that kind a thing exists. Or is it perhaps that the WordPress version I have installed is by a 0.0.1 version below the latest WordPress version. Thus, spam bots are finding it as an attractive target to leave their spam comments?

By the way: Most spam comments are detected as “honeypots“. So just in case one of such comments gets through: Before clicking on a link, please double-check that link in your browser’s status bar (when hovering over the link with your mouse) to ensure it’s the right destination you want to go to. 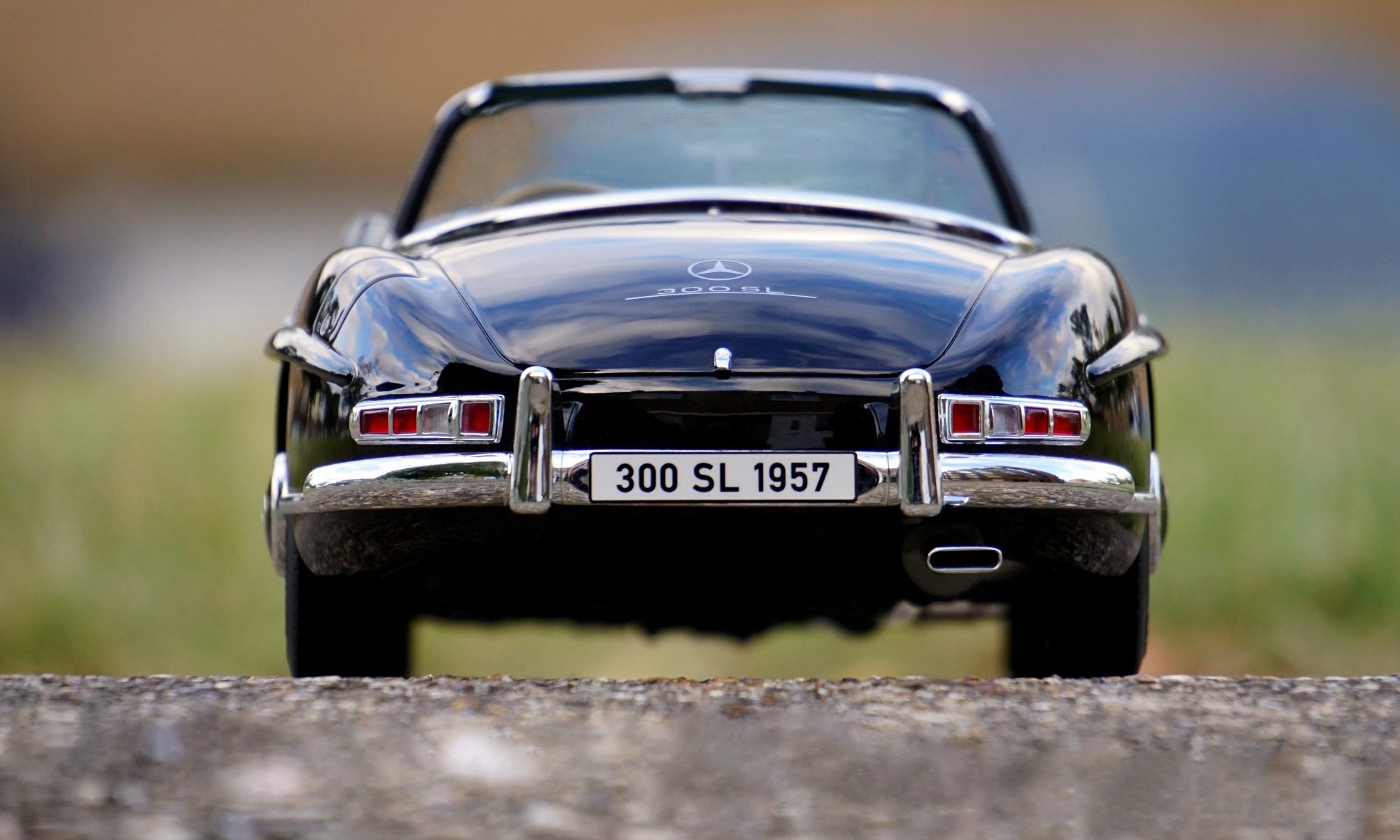 To register a car – may it be a new one or one you bought second hand – you need to have at least a car insurance. Here is a quick overview of typical car insurances in Germany:

There are many ways. Most folks would just ask their favorite insurance agent, but for me, I simply went on a price comparison website called Tarifcheck.de and searched for it.

To find the car insurance of your liking you need to:

Similarly to other countries, you’ll be classified into a “Schadenfreiheitsklasse” (SF) meaning you’ll get a “no-claims-discount” if you’ve got a good accident-free driving record. If you don’t have any record you enter the car insurance world with 100%-155% percent of the normal insurance rates. It can even go up to 245% for drivers with an extremely high record of accidents. For example, driving beginners that caused an accident themselves get put into that SF. So better drive properly and with care.

Here is a list of all such SF / no-claims-discount classes:

So if you’re accident free driving for 22+ years, you’ll get the lowest rates available.

If you sign up for a car insurance, it appears to be rather easy to claim your previous SF with the new insurer by simply entering it and providing your insurance account number of your previous insurance. If you are coming from a foreign country, you can try to get classified into a SF class according to your no-claim-record at your insurance. However, some insurers don’t accept that. Some might give you at least a bit of a discount. So I’d recommend to give it a try and check with a few insurers on whether they can accept your claim.

We’ve signed up for a third party liability insurance that costs us €247 per year where we got classified into SF15 that gives us 40% premium we have to pay. Without such SF classification we would have paid close to €600 per year instead. So it’s worth looking into that.

On the comparison website you can also see different ratings of such insurers. They tell you how well that insurer pays back claims, how responsive they are, whether they are environmentally friendly, do everything digitally, and so on.

Simply enter your car details and personal particulars there. You’ll then get a list of insurance offers. I for my part, signed up for the car insurance right on that website. It worked quite well for me, but feel free to consult other sources too.

My decision process was very simple: I took the insurance with the best combination of claim-refund rating, customer satisfaction and of course best-price. It turned out to be a small “direct” insurance company for me. That’s fine as I expect that we won’t be needing it — hopefully.

Other articles in my German car series: 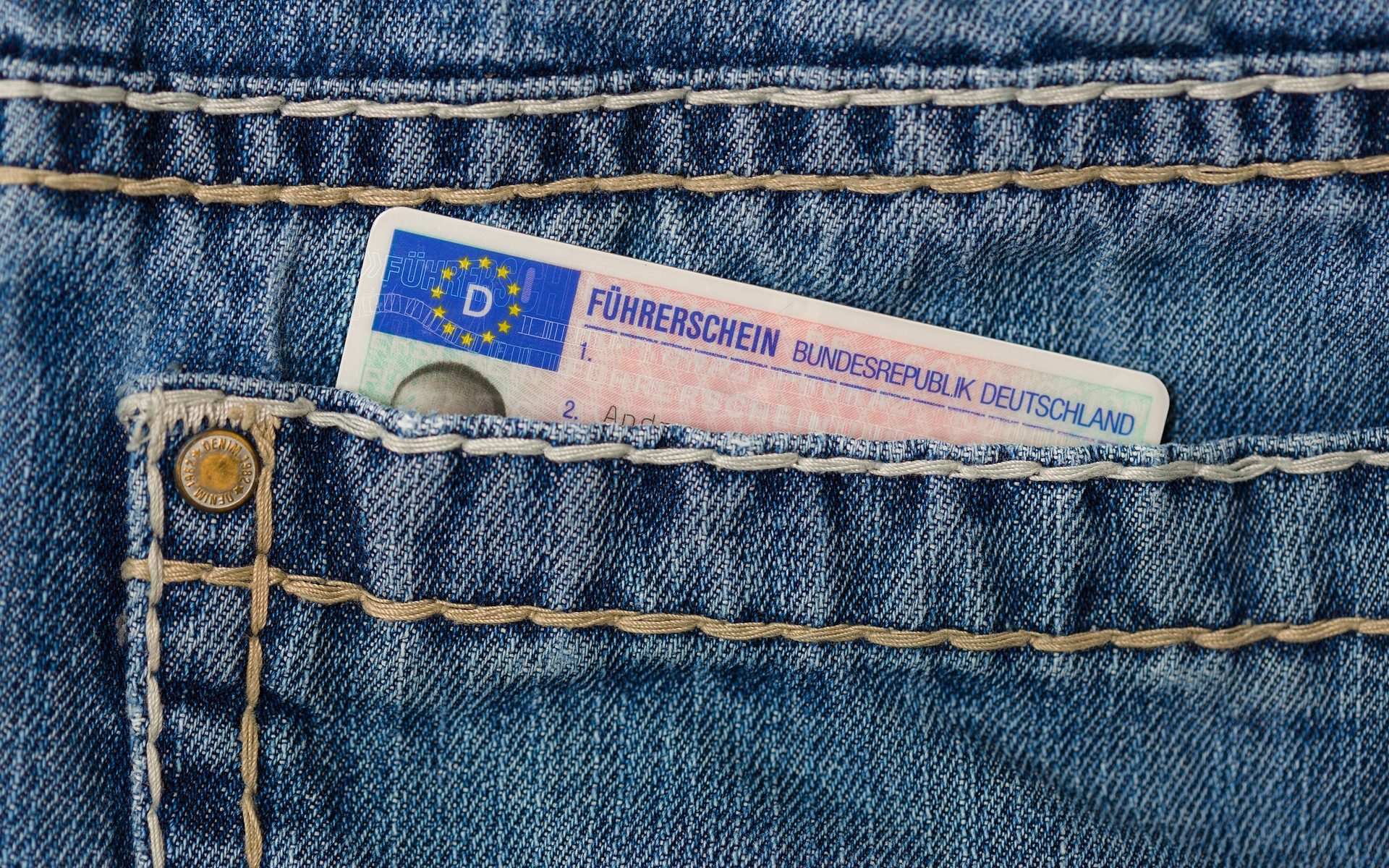 It sounds easier than it is.

As you know, we recently moved from Hong Kong to Germany. My wife has a Hong Kong driver’s license (even though she initial made her license in California) and we want to convert it to a German driver’s license.

If you have a foreign driver’s license you’ve got to distinguish between three different types:

… is valid in the entire of European Union. Germany recognizes all EU driver’s licenses as well as the ones issue in Iceland, Norway and Liechtenstein. There is no need for converting your existing license.

… can be simply converted to a German driver’s license by paying a small fee (~€48) and filing a conversion form. It is recognized by Germany and your licensed driving classes get converted appropriately. This requires that your issuing country / state is listed in “Annex 11” of the “German Driver’s License Ordinance” namely: “Anhang 11” of the “Fahrerlaubnisverordnung (FeV)”.

The following countries are listed in Annex 11:

The United States of America are not recognized as a whole. Only the following federal states are listed in Annex 11:

It is important to note, that not all classes of your driver’s license may be recognized. To get a clear picture of the classes you can transfer, please check the official annex 11 of FeV.

3. Your Foreign Driver’s License (NOT Annex 11)

… your driver’s license is not recognized and cannot simply converted to a German driver’s license, if your issuing country/state is not listed in annex 11 (see above point 2).

This is, unfortunately, the group my wife’s Hong Kong driver’s license falls into. After consulting with our local driver’s license government department and double-checking with them, we are now certain of the requirements to “convert” her license:

Obviously, these two points are time consuming and expensive. Not to speak that if you fail one of these, you’ll have to cover repeat costs.

As it is in small towns, I know someone who knows someone who has a driving school. So I went on and checked with him what these tests would cost roughly.

Passing the theoretical test is not that hard. You can buy a CD and practice the multiple choice questions over and over again until you know them all. There are now even apps available that help you get ready for that test.

In total we would end up at around:

This obviously depends on the actual number of driving lessons the applicant needs (if at all) and/or a test would have to be repeated, etc.

Notes on Tests in non-German: Not all testing centers seem to be offering driving school tests in other languages than German. At the DEKRA for example, I haven’t found any information for tests in English. TÜV Nord for example offers their driver’s license tests now in English, French, Greek, Italian, Polish, Portuguese, Romanian, Russian, Croatian, Spanish, Turkish and Arab.

What’s Needed For The Application of Conversion

In full, an application at the Driver’s License Department for converting a Hong Kong driver’s license or any other license that’s issued in a country not listed in annex 11:

The conversion fee is €48 and can be filed before you actually do your test. From the day you pass your tests, it takes up to 14 days to issue your driver’s license.

Where to Apply for Conversion

The other way around: German to Hong Kong Driving Licence

Just FYI. A few years ago, I converted my German EU Driver’s License to a Hong Kong Driving Licence by simply filling out a form and paying a fee. In Hong Kong I did not have to do any test or provide any certificate whatsoever — except for a translated copy of my German driver’s license. It was quick, easy and straight forward.

I have written this down here in English, because many German government agencies don’t publish their information in English or in a comprehensive way. Especially for foreigners we find it being very difficult to navigate typical German bureaucracy without extensive knowledge of the German language.

Update 2018-09-20: Thanks to our very attentive reader fok, we were pointed into the right direction and corrected the actual meaning of “Fahrerlaubnis” and “Führerschein” as well as the differences between them.