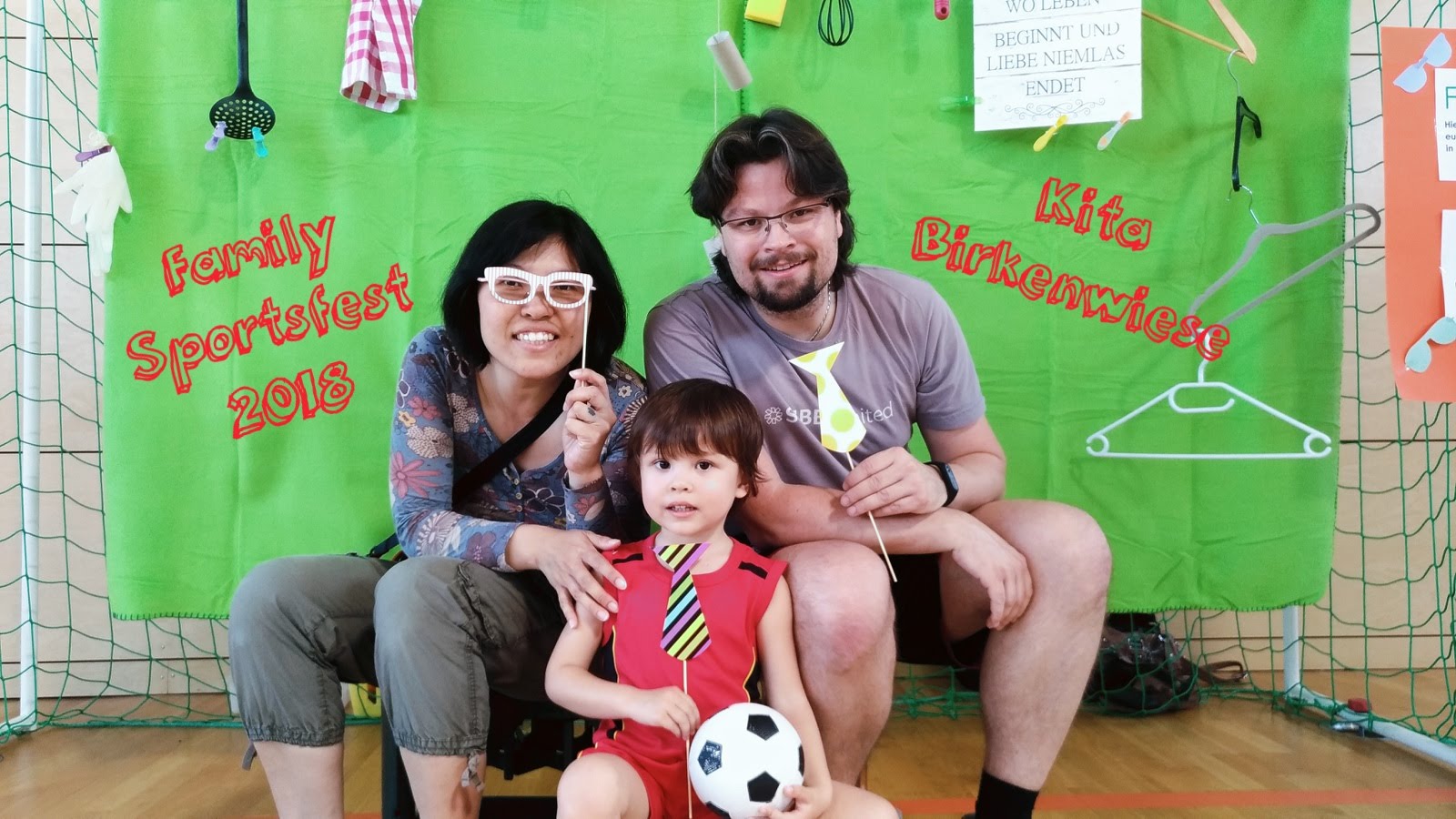 From January 2005 to December 2007 I lived and worked in Kunming (PRC) and from January 2008 to March 2018 I lived, worked, got married and got a beautiful child in Hong Kong SAR. Moving back to Germany after living in Asia for 13 years was quite a move. Somehow I feel like having to write down why we made that move in the end.

It’s a common theme in Hong Kong: When folks find out they are to become parents they start freaking out – big time. That’s largely due to the clusterfudged situation of the Hong Kong education system. I’m sorry, but there is really no better way to describe that.

I remember when my wife was 5 months pregnant we had a nice dinner with friends – a couple who were roughly at the same stage. During that dinner he dad-to-be asked me: “Which school is your child gonna go to?” I didn’t know how to respond. Come to think of it, we didn’t even know the gender of our baby yet!

Parents are freaking out

To be honest, it really is like that. Even before you’ve given birth you should know where your kid goes to school. If you want it to be a good school, you got to make sure the child goes to the right kindergarten. To get into that right kindergarten, the child needs to go to the right nursery. Of course, there are entry tests (think job interview) for 2 year olds. So basically you’re building up your child’s resume from the birth onward. It’s like an arms race!

Let’s assume you have that money and are willing to pay for it. You still need to get (your child) in by going through interviews, submitting resumes, etc. at kindergarten level. It might happen that your 5 year old gets three photos placed in front of her: one of President Xi Jingping, President Donald Trump and President Vladimir Putin. Then she gets asked to tell their names and their current title. (I’ll let that settle…)

Public is in Chinese

Of course, there is the public school system too. However, most of such schools teach in Cantonese or Mandarin. For us to be able to support our child during education – may it be just simply being able to understand what the homework is about – we would need an English-medium school. There are still a few such public schools in Hong Kong, but as you can imagine, these are quite popular and therefore quite hard to get in as well. Their school fees are affordable as well at about HK$3,000 (€330) per month or so.

Besides the “getting into the school” and “paying for school” topics, there is – most importantly – the whole topic of how your child is being educated. The style of teaching and what is best for your child.

Still today, many styles of teaching all across Asia are focused on memorizing knowledge rather than learning, understanding and creatively using your free mind to come up with a solution. It is something I personally embrace and it is also very important to my wife who was fortunate enough to receive a liberal arts education in the US. We want our children to be free thinkers who can create new things and make the world a better place because they can think way out-of-the-box. Think of it like that: If high ranking government officials in Hong Kong and China send their own kids out of the country to boarding schools and colleges in the UK, USA, Canada, Australia — you know what they think of their own education system.

In Germany the air quality is definitely better than in Hong Kong. The kind of food you can buy (at affordable prices) is also of higher quality here than what you can get in Hong Kong. Though the differences are (in my personal opinion) marginal, they are definitely there.

1997 Hong Kong was returned to China, which was sealed by a joint declaration signed between the UK and China, which guarantees Hong Kong’s extensive autonomy until 2047. Almost half of these 50 years have passed now. Hong Kong has prospered like never before, but politically, nobody knows where that incredible city is headed towards. No one has an answer about how Hong Kong will look like after 2047. The only thing Hong Kong locals are experiencing is that the China mainland is slowly but steadily creeping more and more into the everyday lives of Hong Kong people. There are many small cases that happened over the 10 years I have been there and it really felt it is getting more and more. Maybe that was objectively not the case, but let me give some examples.

Things like this happened: Booksellers who sell books critical to the China mainland political system disappear from Hong Kong and suddenly pop up somewhere in China at a police station. China law is being practiced in Hong Kong at certain border crossing stations due to ludicrous reasons, simply to create precedence cases of that. Independent, reputable and China-criticizing media companies that get bought over by pro-party mainland companies. Mainland liaison officials constantly targeting demonstrators with public statements that get broadcast all across HK, which in turn tries to influence public opinion and split the society. Liberal lawmakers getting disqualified for office (though some of them were serving as lawmakers for over a decade already) over an oath-taking ceremony that they felt being too pro-China. China having the power to re-interpret the Basic Law (kinda mini-constitution) that Hong Kong exists by. More and more public schools teach in Mandarin rather than Cantonese or English. Mainland Chinese business folks buying up property in Hong Kong en-masse in cash – probably with some kind of dodgy money – driving up prices and making it harder and harder for younger generations to find places to live. And so on …

If you look at each of these incidents individually, they are not that important. Yet, combining them, looking at the bigger picture and the (most likely) goal of the final reunification of Hong Kong with the communist mainland China; you can’t shake the thought of slow assimilation of Hong Kong into the China-System. I might be paranoid here, but it definitely has that kind of feel.

My wife and I were “foreigners” in Hong Kong. We possess permanent residency there, which means we can go back any time we want and don’t need a work visa. We are flexible and if SHTF it would have been easy for us to simply get out. But we also know a good number of locals who don’t have that kind of flexibility.

So again, this wasn’t a major concern for us at the moment, but it was a topic of concern and I truly hope Hong Kong’s people and politicians find a common ground with their China Mainland counterparts for a prosperous future of Hong Kong that guarantees individual freedom, rule of law and an open society as Hong Kong citizens enjoy right now.

Another reason for us to move out of Hong Kong was space. As I mentioned earlier, Hong Kong’s property prices are ridiculously expensive. We were fortunate enough to live in a 990 sqft (91 sqm) apartment that we owned there. Rent for that would have probably been in €3,000 per month range or so. Yet, we only had 1 bedroom for the 3 of us. It was tight, but we managed for quite a while.

Besides normal living space, there are also these moments I remember from my childhood in Germany. I was able to just open the door, go outside, ride the bike around with friends, play somewhere in the woods and so on. That kind of play is simply not possible in Hong Kong. Because everything is so dense, there are people, cars, buses, trains everywhere and up until a certain age, you basically can not let your child walk around alone in HK.

These were probably the only factors that were counter-arguments for moving out of Hong Kong. The majority of our friends are in Hong Kong — though quite a number have left already to other countries as well. Our work was in Hong Kong and everything we’ve built evolved around that incredible city. Though, most of work can be done online nowadays, certain things we’d like to do in person. I personally liked working in Hong Kong, I liked my colleagues and I liked the kind of work we were doing. It was great, inspiring, challenging and yes, even the controversial conversations I’ve enjoyed. So again, work and friends were the arguments for us staying in Hong Kong, but everything else eventually outweighed those.

When it was just my wife and me, it was easy to live in Hong Kong. Even without any immediate family of either of us in HK, we could live there comfortably. We had the freedom to move around, go on holidays and visit our family whenever we felt like it.

With a child your life suddenly becomes quite a different one. You want her to grow up with her grandparents. That’s great for the child, but also for the grandparents. Of course, it doesn’t hurt to have a baby sitter option at hand, but that wasn’t that much of a concern for us. At the same time, for your child to be with her cousins and other relatives is quite something. It’s just fun.

While there were many reasons for us to move back to Germany, we truly loved Hong Kong and it was not an easy decision to move to Germany. Hong Kong is a very diverse city and in the 10 years I was living there, it never stopped to amaze me. There were so many hidden gems that surprised us and that happened again and again. Yet, the final reason for us moving was really for the sake of our daughter. She’ll get some great education, she’s got space to grow, play and roam around, she’ll grow up with at least one side of her family and she’ll be among many kids of her age whom might or have already become her friends.

We’ve moved to the small town of Bad Langensalza where I grew up in. Some of my friends still live here, most part of my family lives here too. It is a very different way of live here. It’s much slower (especially the Internet connection!), but it is great in its very own way.

We’re now in the process of building a house for us to live in. Again, it’s a much slower process than I anticipated, but I am sure I will share some stories about here as well. You’ll laugh your butt off! Stay tuned. Subscribe to my blog or join my Facebook page.

P.S.: Check out www.weitsprungmeeting.com (long jump meeting) which took place in Bad Langensalza two weeks ago. The world’s best long jump of the year took place right here in the green heart of Germany. Can you believe that?

5 Replies to “Why we moved from Hong Kong to Germany”